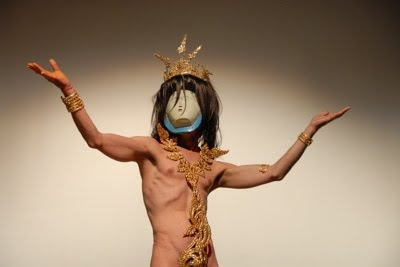 On the theme of society secrets, Hungarian artist SILAGI produced an in situ work during two weeks in the Toot Yung Gallery.

On the 15th January the result of the work will be visible during the opening reception starting 7PM. On the same evening you will see a playful and colorful performance by French artist SKALL.

SI-LA-GI was born in Tokaj, Hungary in 1949 and emigrated via Italy to Sweden in 1966.
There he studied painting at the Academy of Fine Art and later continued his studies at the University of Stockholm (Science of visual arts). In the meantime he also worked with experimental film and photography in the 1960s and from 1973 also with videos. He was the pioneer in the mid-1970s who began making installations using video. At the end of the 1970s he was co-founder of the Video Nu Studio in Stockholm which gave artists the opportunity to create experimental arts. In his art he uses diverse media, including photography, video, sculpture and installation. His works are concept and philosophy-based investigations of impermanence, life and death, and individual opportunities. Between 1980-1986 he taught art video and painting in Stockholm. He has travelled widely throughout the United States of America, Africa and Asia, where he developed his interest in Buddhism. His martial art studies and long Buddhist retreats have had a great influence on his concept-based art.

more about the artist:
http://www.si-la-gi.com/home/

Since the 80ies French artist Skall has elaborated a unique work between, sculpture, installation and performance.
This black sheep of the French contemporary art scene evolves in a world of Baroque hybrid figures and objects. The works remind of certain religious ornaments, in which relics, sculptures and amulets are presented on stands, in glass boxes, or cushions with an infinate string of decorative elements meant to highlight the presented object and lift it to a sacred stage.
As his sculptures and installations, Skall's performances lift him to a different stand. By accumulating chosen objects, for their beauty or symbolism his body slowly evolves in a non human creature. Every performance is a splendorous metamorphosis; An explosion of colors and forms giving birth to an ephemeral God, Faune or mystical animal.

more about the artist:
http://www.galerie-mam.com/index/index.php?id=21&subid=2&nr=89
http://www.artween.com/Galleries/Mario-Mauroner-Contemporary-Art-Vienna/SKALL-A-Light-Beyond-Darkness
http://vimeo.com/10106874
Posted by toot yung at 7:43 PM